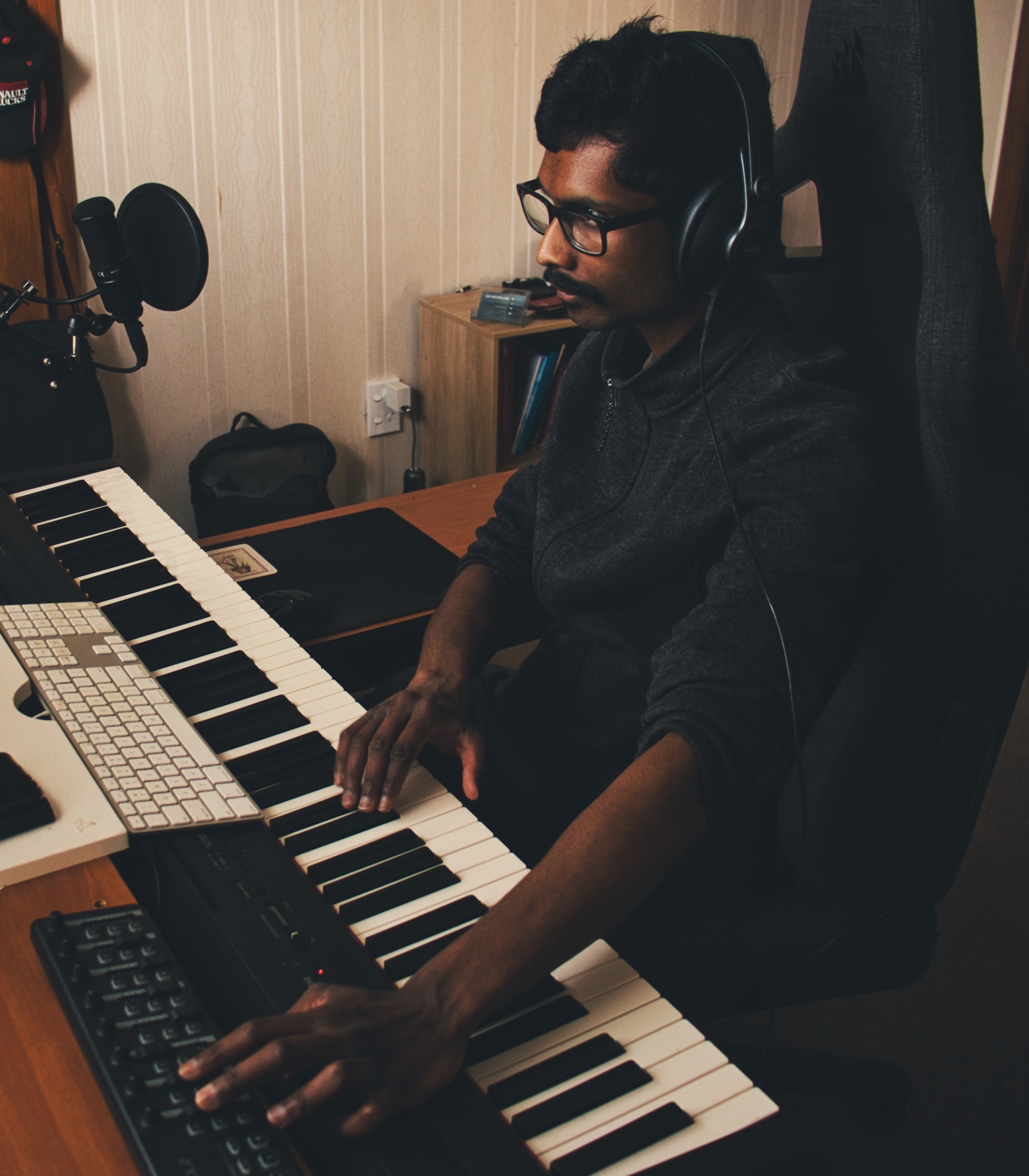 Sai Natarajan is a freelance composer and independent music producer based in New Zealand. Despite playing the piano since the age of six, the idea of telling stories through music didn't initially appeal to him. However, during his early high school years, he discovered that this was where his passions lay. In fact, this storytelling philosophy was the origin of his artist name, "VIUS" (which stood for "Virtual Illustration Using Sound"). He shortly realised that this was a hilariously cheesy abbreviation, but kept the shortened form because it sounded cool.

He has been active on the composing scene since 2016, and has since worked on a wide variety of projects. He has scored theme music for YouTube channels, Twitch channels and various podcasts. He has created background music for commercials, and original soundtracks for children's audiobooks.

In January 2020, he released his debut solo EP, "Neon Dream." Throughout 2020 and 2021, he worked on his first ever video game score ("Medievalien"). In 2021, he also completed his first ever orchestral concert work (which was subsequently recorded by Orchestra Wellington and premiered by the Manawatu Youth Orchestra), before finishing off his studies at the New Zealand School of Music.

In 2022, he has been working on a second video game project, while also completing some typesetting and arranging work for the New Zealand Symphony Orchestra (NZSO). Around this time, he completed a second orchestral work, which was selected as a finalist for the Todd Young Composers Award. His piece will be workshopped and performed by the NZSO in late November.

In his spare time, Sai jams with his musician friends, takes average photographs, and plays far too much Rocket League for his own good. He also weirdly enjoys referring to himself in the third person.